“If there is victory in overcoming the enemy, there is a greater victory when a man overcomes himself.”

I begin this post on New Year’s Day 2020, the beginning of a new decade. Here I am, whiskey in hand, trying to summarise a year’s worth of reflections into a single, concise blog post. I used to write fortnightly, excited to share all of life’s wonders and mysteries with my tiny audience. Perhaps I was a better man then, full of youthful avidity that has since deserted me at the young age of twenty. As I scrolled through my past posts, it struck me that I may have run out of new ideas or slivers of wisdom to gift to my readers, and thus I made the decision to take a fresh approach to my writing. Rather than focusing so much on having a focal point in each piece that I try to build around, perhaps a more casual recounting of events would be the better way forward.

Much of life’s beauty can be found in chasing new things, in plunging ourselves headfirst into novel experiences, and 2019 was sorely lacking in this aspect. The year passed relatively smoothly, like a steam train on a set of well-oiled, metaphorical rails. The thing about rails is this – one cannot deviate very much from their set path, if at all. That’s national service for you, whilst important and fruitful in its own right, it leaves little room for free play within its ranks. Yes, it’s in the nature of a military organisation to act as a pseudo-factory, producing operationally-ready soldiers from the same mould. However, not everyone is suited to this form of one-fits-all treatment. I can’t, and won’t, claim to be part of either party, but what I can say is this – I’ve grown more as a person in these last two years than I have in the eighteen that came before, regardless of how I felt about the process. Thus 2019, for the most part, was smooth yet unmemorable, which brings me to… 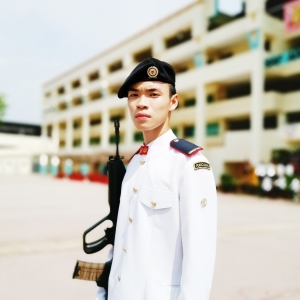 Ironically, emptiness weighs heavier on the soul than anything I can think of. I struggled greatly with periods of sustained emptiness, that niggling lack of purpose and fulfillment that gnaws away at your soul. Towards the tail end of 2019, I found myself settling into a monotonous routine. The days melted into weeks, each passing like a grey blur. Sure, I was surrounded by my buddies, and there was no arduous training to undergo, but I was plagued with a deep disquiet. It pulsed rhythmically within me, each beat careening me closer towards the edge. Filling my days with exercise and literature did little to quell the dark fire burning within me. The situation only worsened when I served my full-time national service to its completion, suddenly finding myself free of any commitments – with barely any plans for the near future.

I promised myself a short period of rest before I embarked on the next phase of my life, a month at least, or so I thought. Eager for a fresh start, I wasted no time in dyeing my hair a deep shade of brown (or gold as my friends oft-teased). These same colourblind friends often pointed out my lack of romantic interest, dropping not-so-subtle hints that “it was time”. Funny, I mused, the roses always smell better on the other side. The Taiwanese escapade we’ve planned for months finally arrived, and despite fears of a certain virus, we managed to get our fill of minced pork rice and chilly weather.